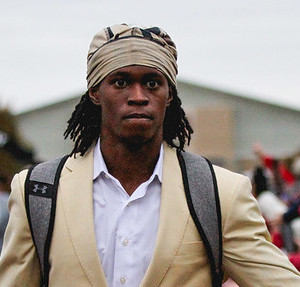 Here’s your opportunity to get closer to South Carolina student-athlete Cam Smith through Garnet Trust Connect.

When you become a Garnet Trust member using Cam’s affiliate button (see below), he earns a commission based on the price of your subscription. Plus, Garnet Trust uses funding from our members to create a wide variety of NIL opportunities for Cam and other South Carolina players.

Fourth-year defensive back who is a post-season honors candidate at cornerback after earning All-SEC honors a year ago… considered the second-best returning cornerback in college football for 2022, according to ProFootballFocus… talented player who runs extremely well with a great change of direction… has five career interceptions.

Named second team All-SEC by the Associated Press and fourth team All-SEC by Phil Steele… earned second-team All-SEC and Honorable Mention All-America honors from ProFootballFocus… played in 11 games with seven starts… allowed multiple catches in just two of 11 games and only 15 catches on 32 targets the entire season… tied for sixth on the team with 41 tackles, including 31 solo stops… credited with 2.5 tackles for loss… led the team with 14 passes defended, including 3 interceptions and 11 pass breakups… his 1.3 passes defended per game ranked second in the SEC and ninth in the country… tied for fifth in the SEC with three picks… led the team with a career-high 10 tackles at Missouri… had five tackles, two PBUs, a tackle for loss and a forced fumble versus Vanderbilt… notched a career-high three pass breakups at East Carolina… had two pass breakups and an interception against Clemson… recorded an interception in three of his last four games (Florida, Missouri and Clemson)… did not play against either Tennessee or North Carolina.

Redshirt freshman cornerback who saw action in eight games, making three starts… missed the Auburn and LSU contests with a leg injury… credited with 16 tackles… tied for the team lead with two interceptions and added two pass breakups… notched his first career interception at Vanderbilt… recorded a season-high four tackles at Ole Miss and matched that with four stops against Missouri… recorded his second pick in that contest with the Tigers, which was his first career start… added three tackles against Georgia.

True freshman who saw action in three games, retaining the year of eligibility… credited with seven tackles, including six stops against Charleston Southern when he saw his most action… also appeared in the games against Vanderbilt and Appalachian State, recording one tackle against the Mountaineers.

Graduated from Westwood High School in Blythewood, S.C. in 2019… coached by Dustin Curtis… credited with 65 tackles, four for loss, 16 pass breakups and four forced fumbles as a senior… selected to play in the Shrine Bowl of the Carolinas and in the All-American Bowl in San Antonio following his senior season… played for three seasons at Meade High School in Fort Meade, Md., before returning to South Carolina for his senior season… ranked as the second-best player in the Palmetto state, the 19th-best cornerback in the country and No. 150 overall by 247Sports Composite… rated No. 296 on the ESPN300 and No. 191 by Rivals. 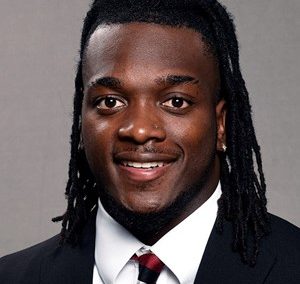 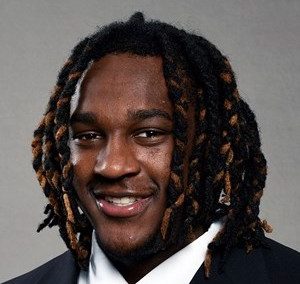 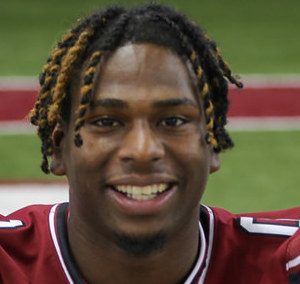